What is Body Mass Index (BMI)

Body Mass Index (BMI) is a number calculated from a person’s weight and height. The BMI scale is a mathematical formula to determine whether a person is of a “healthy” weight by dividing their weight by square of height [1].

The BMI was developed to estimate the risk for overweight or obesity in large samples of people from wealthy, and heavily industrialized nations. BMI is a reliable indicator of obesity or body fatness for most people, except for persons with a lot of lean muscle mass. However, like all anthropometric measurements, BMI is only a surrogate measure of body fatness and it does not measure body fat directly [2].

BMI can be considered an alternative for direct measures of body fat and is an inexpensive and easy-to-perform method of screening for weight categories [3].

The BMI was created more than 200 years ago by a Belgian astronomer, Adolphe Quetelet, and initially was named the Quetelet Index. In 1995, the Quetelet Index was given a new name “the Body Mass Index (BMI)” and was accepted by the World Health Organization (WHO) as a tool to identify groups of people at risk for a variety of health problems (WHO 1995). It was an expert WHO panel that developed the classification of BMI into quartiles: underweight (<18.5), normal (18.5–24.99), overweight (25–29.99), and obese (30+). These classifications are still in use all over the world until today [4].

The BMI is a weight-for-height index that categorizes underweight, overweight, and obesity in adults. The BMI can be classified into the following categories [5]:

The person fall into this category is defined as underweight. Being underweight may indicate an underlying medical condition or a sign you are not eating enough. It is better to contact your doctor or specialist if your results are below 18.5.

It is great if you’re BMI within this range and it is recommended to keep your weight in this range.

Individuals in this class may be at risk of developing obesity as well as developing health problems. However, if your BMI result in this range, it is highly recommended to eat healthy, increase your physical activity, and try to get anti-obesity medications.

People who have a BMI equal to or above 30 may suffer from obesity. Obesity is a chronic, progressive, and relapsing disease characterized by the accumulation of excess body fat. Obesity can have negative effects on your mental and physical health, and negatively impact your quality of life.

As BMI increases into the range to be considered obese, so does the risk factor of certain chronic diseases. Higher BMIs (greater than or equal to 30) have statistically significant associations with several medical conditions that may lead to health problems, such as heart disease, high blood pressure, diabetes, sleep apnea, hyperlipidemia (high cholesterol), osteoarthritis, and stroke.

Persons with a BMI equal or above 30 are extremely recommended to consult a doctor or specialist in obesity management. However, the obesity is classified into three categories:

The good of BMI

The Body Mass Index (BMI) was developed to estimate the risk for overweight in large samples of people from the wealthy, heavily industrialized nations of Western Europe and North America. When used for this purpose the BMI is, generally, a good tool to estimate overweight.

The BMI becomes a horrid tool to estimate fatness or health risk when used in some groups of people, such as high-level athletes, body building enthusiasts, people engaged in jobs with strenuous physical activity, and in groups suffering from the nutritional double-burden of very short stature with high body fatness.

The bad of BMI

This application of BMI may be useful for assessing relative fatness in large groups of people, but it should not be used to interpret individual people’s BMI. Because BMI cannot distinguish between fat and lean tissue and there were generally lower levels of fatness in the general population previous to the commencement of the obesity pandemic in 1980, it is a poor tool for estimating fatness previous to that period.

When used to estimate fatness for individuals in any country or group of people, the BMI is also a poor instrument. The BMI was never meant to be used to make individual diagnoses. When used in certain groups of people, such as high-level athletes, body building enthusiasts, people engaged in jobs requiring strenuous physical activity, and groups suffering from the nutritional double-burden of very short stature with high body fatness, the BMI becomes a terrible tool for estimating fatness or health risk [3].

The following are the points about bad things of BMI

Doesn’t consider other factors of health

The drawback of the BMI is that it does not consider the age, gender, genetics, medical history, lifestyle, or other factors and only it answers “yes” or “no” regarding whether a person is of “normal” weight. For example, in most cases, the men have more muscle mass and less fat mass than the women, which can give overestimation when two genders with the same height and weight use the same BMI.  Even though their BMI results will be the same, their body composition is totally different. Plus, as a person ages, their body naturally rises in fat mass and decreases in muscle mass.

Finally, by simply using BMI to define a person’s health, it ignores other features of health, including mental well-being and complicated sociological factors, for instance income, living environment, food skills and knowledge, and access to affordable and nutritious food [1].

Assumes all weight is equal

It is known one Kilogram of fat weighs the same as one kilogram of muscle, the only difference is the muscle takes up less space because it has higher density thus occupying less volume of space. As a result, a person may be very lean but have more muscle mass, making them heavier on the scale.

Nevertheless, two persons of the same weight and height could look completely different. One may have higher fat mass whereas the other may be a bodybuilder with high muscle mass [6].

If only BMI is considered, this could easily misclassify a person as being “obese”, “normal”, or  “overweight” despite having low fat mass. Consequently, it’s vital to consider a person’s fat, muscle, and bone mass in addition to their total weight [7].

Though a higher BMI is associated with poorer health outcomes, the location of fat on the body may be more important.

BMI and other surrogate measures of fatness are simple to perform, inexpensive, and function satisfactorily for a few basic applications, such as surveillance of worldly trends or regional variations within a country. This accounts for their extensive use in public studies and acceptance by international organizations. However, there are certain significant circumstances where there is a mismatch between the BMI measures and true body fatness, which results in the BMI measures giving misleading information [9].

Thus, the clinical limitations of BMI should be considered. BMI is a surrogate measure of body fatness or obesity since it measures the excess weight rather than the extra body fat. Factors such as age, ethnicity, gender, and muscle mass can impact the relationship between body fat and BMI.

Likewise, BMI does not differentiate between extra fat, muscle, or bone mass, nor does it provide any indication of the distribution of fat among persons.

The following are important points of how certain variables can impact the interpretation of BMI [10]:

Effect of age on the body mass index (BMI)

Ageing is accompanied with a progressive increase in the ratio between lean body mass and body fat. This happens even in people who succeed to maintain a constant BMI as they become older. Thus, the relationship between BMI and body fat is age-dependent.

It is clear that BMI fails to detect the ‘conversion’ of lean to fat tissue that accompanies normal ageing. Regarding this data, a typical 25-year-old subject would raise his body fat percentage from 15 to 29% over the next 50 years (from 12 to 23 kg) [9].

Racial differences in the relationship between body mass index (BMI) and body fat.

[1] Is BMI an Accurate Predictor of Health?

[3] The Body Mass Index: the Good, the Bad, and the Horrid

[6] Predicted lean body mass, fat mass, and all cause and cause specific mortality in men: prospective US cohort study

[7] Muscle mass, BMI, and mortality among adults in the United States: A population-based cohort study

[8] Central fatness and risk of all cause mortality: systematic review and dose-response meta-analysis of 72 prospective cohort studies 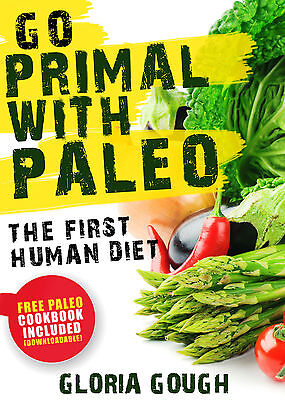 What is the Best Diet for Weight Loss?

Is Biotox Gold 2.0 good for weight loss?. A review